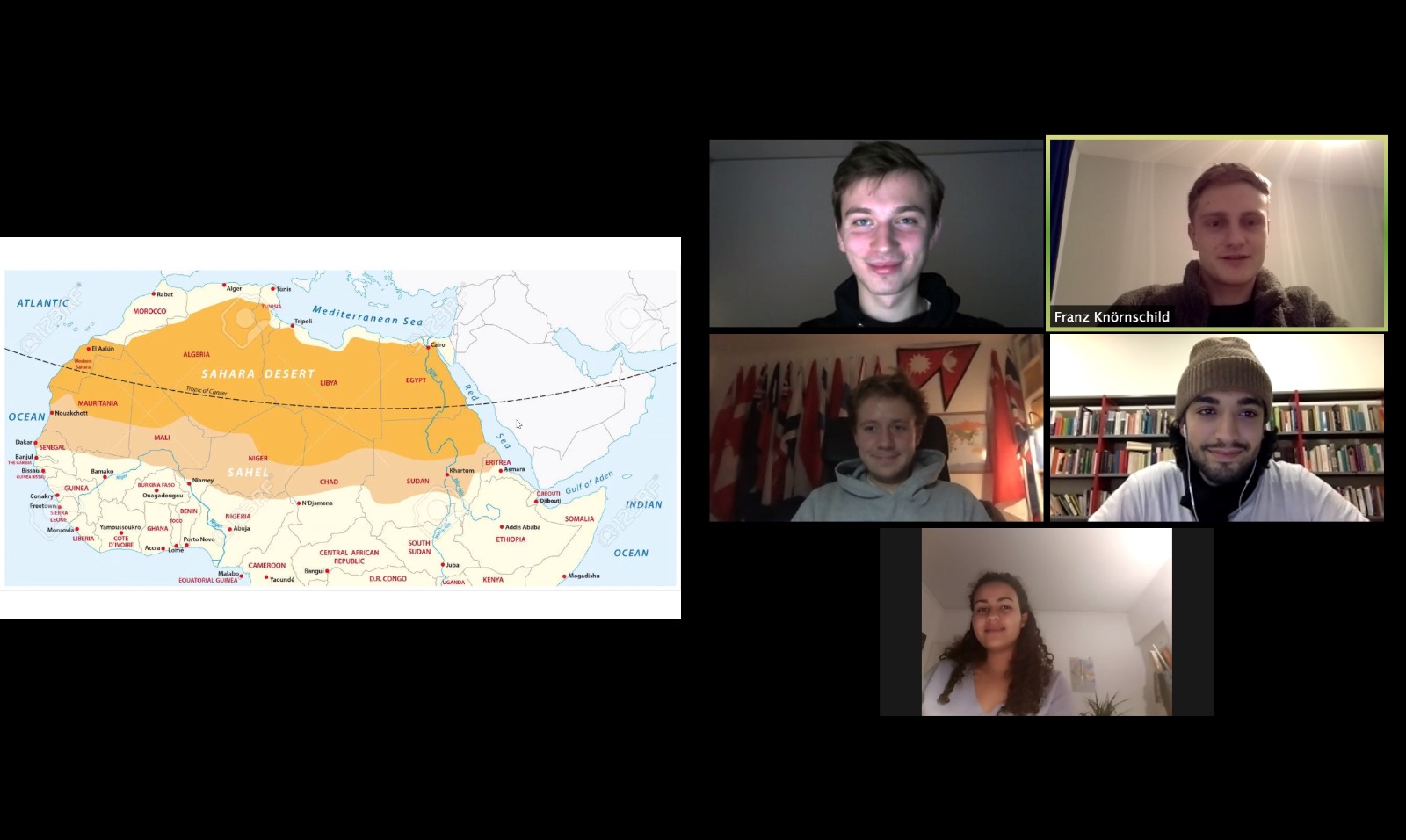 An initiative organized through a student dialogue and addressed to the German / European foreign policy for a more effective consideration of the young Sahel generation in relation to flight & migration.

The African Sahel, which comprises the majority of the states Mali, Burkina Faso, Niger, Chad, Sudan, Mauritania and Senegal, will become one of the most critical regions in the world in terms of security and development policy in the coming years. The climate crisis will hit the region hard and set in motion the first major climate refugee movements, while terrorist organizations (AQIM, JNIM; ISGS) have been finding their new breeding ground in Sahel states for years and, at the same time, the region, torn apart by former colonialism, has been one of the poorest regions in the world for decades. In particular, the difficult regional and state structures make effective development and security policy a major challenge, which often ends in international resignation, and consequently the Sahel rarely meets with genuine interest in society and politics. Although the European Union as well as Germany and various UN missions have been active in the Sahel for some time, successful results that affect the social level of the countries and involve the young, up-and-coming generation have so far failed to materialize. Due to expected environmental catastrophes and large refugee movements, sub-Saharan Africa and the Sahel in particular are of great future relevance for the international community, especially for the European Union.

We want to raise the otherwise very security-political-military view of the Sahel to a tangible level with knowledge, expertise, experiences and reports from the young generations, in order to work out common new ways for a German or European security and development policy through exchange of ideas, which actively considers and includes the young student generation from the Sahel. To this end, we plan to establish contact with various universities and organizations in Germany, Europe, but especially in the Sahel, in order to be able to interact with students and young leaders from the region in the format of a webtalk series. The topics of climate, terrorism, poverty and nutrition, and economic development will be the focus of separate discussions, which will always include a refugee and migration dimension. Overall, it is about a continuous exchange with affected people from selected countries in the Sahel to get an insight into the thoughts/motivations/experiences behind flight & migration and the underlying factors. After about 4-7 webtalks, the experiences will then be incorporated into a policy paper in the sense of a grassroots study, which will formulate recommendations to the German Foreign Office on how a (young) German or European Sahel exchange could look like in the future. In particular, the question should be raised how, in the eye of the young student generation of the Sahel, an effective German-European security and development policy to combat the flight push factors should look like. In case of success of the webtalk series as well as the intended policy paper, the creation of a long-term exchange between Germany and the Sahel on student level with the aim of a better understanding of the young Sahel generation for German and European development and foreign policy respectively, is aspired.