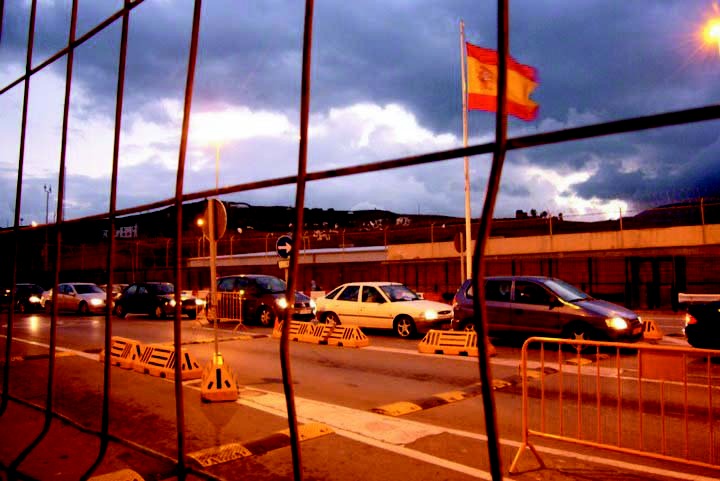 From the 24th to the 31st of May 2008 a group of eight members of the Students’ Forum within the Tönissteiner Kreis undertook a journey to the Spanish-Moroccan border in order to examine the political framework of migration and the living conditions of refugees at one of the Southern European external borders. The journey is the first of several so-called Sur-Place Dialogues and thus marks the beginning of the project series “Fortress Europe – Migration at Europe’s External Borders”. In the following report Elminaz Kathami and Kay Neumann give an account of their impressions (Images: Michael Danner). 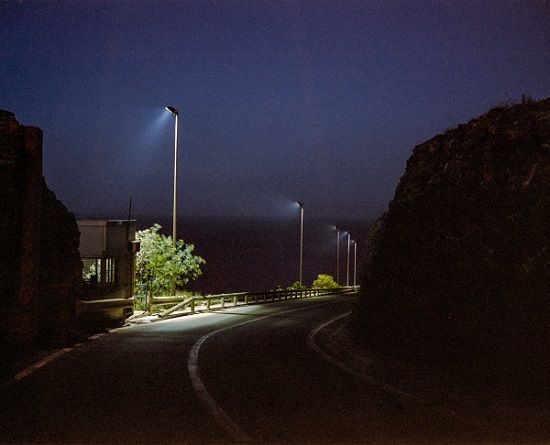 “During our educational journey to the Spanish-Moroccan border (24th to 31st of May 2008) we got manifold impressions of migration issues in Southern Europe and a new perspective on one of the most Southern European borders and its ferries, fences and the Strait of Gibraltar. During the eight days of our trip we tried to put ourselves in the position of migrants entering the EU from the Spanish-Moroccan border. By reconstructing the typical routes we attempted to comprehend the diverse problems that refugees face on their way to Europe and to understand the role of NGOs, the UNHCR and others. Our impressions are not only based on meetings with representativesof NGOs (of which Morocco has at least 52 000), but also on informal, spontaneous meetings, e.g. with young people whohide under trucks heading for the port, a meeting with migrants in the forest of Tangierora short trip to the fence inCeuta and the view “behind” this fence.

Starting in the”new Europe” we saw Morocco as a country which – like no other in the Maghreb region – is on the move and at the same time in distress. On the one hand, within the Euro-Mediterranean region, Morocco – as a liberal, moderateand constitutional State – succeeds to maintain good relations withthe EU. This way, it obtains grants that benefit the infrastructure of the country. On the other hand, the strong economic relations with the EU create a pressure on Morocco to adapt its immigration policy to EU standards. These dependencies revealed the role of NGOs and the UNHCR in a new and sometimes ambivalent light. For instance, we were told that from the organization “Doctors without Borders” for the whole of Morocco only a team of three doctors was available, whereas state medical assistance is almost inaccessible to illegal immigrants. 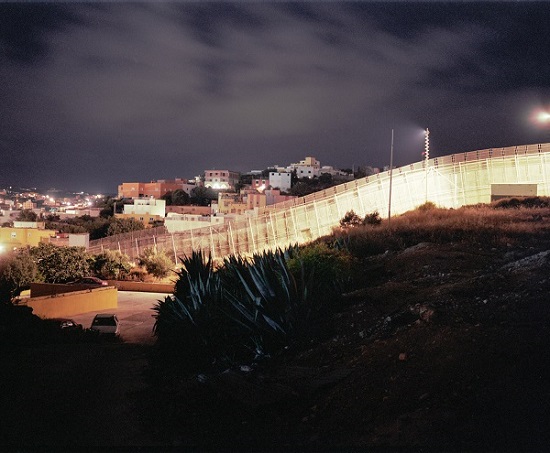 Therefore, those refugees who manage to get as far as to a reception center (Centro de Estancia Temporal de Inmigrantes – CETI) in Ceuta or Melilla are lucky: Although they are not guaranteed access to the Spanish peninsula, they receive medical care, regular meals and can move freely both in camps and in urban areas. While the living conditions in the detention centers of Ceuta are often criticized (e.g. at night strictly separated by gender for fear of sexual assault), the living conditions were still much better compared to those of the refugees we met in the woods of Tangier. These refugees live in crates made of wood and foil and neither do they have clean water nor electricity. Due to the lack of work permit they have to beg for their daily meals and put themselves at a permanent risk of being picked up and deported to the Algerian border.

Our own (legal) status and privileges became particularly apparent when crossing the border between Morocco and Spain, where a European appearance and a European passport are sufficient to be barely controlled, whereas this border means an almost insurmountable obstacle to the migrants – a fact that at times of the Schengen agreement tends to be forgotten within Europe or at least is taken for granted. This feeling is reinforced by the geographical and visual proximity of Spain and North Africa: the refugee camp is located only 14 km from the Spanish border. Whereas for us, the border crossing meant just a passport control, it will remain a lifelong dream for many of the refugees. According to the German journalist Alfred Hackensberger, today the border crossing is a question of money or origin, but at the same time does not necessarily mean an actual change of the course of life – for even if refugees succeed in crossing the border and thus enter Spanish soil in Ceuta, Melilla orthe Canary Islands, it does not mean that they are actually given access to the asylum procedure which they would be entitled to by law. Although Spanish refugee law requires a decision within 40 days, refugees are often deported suddenly after several years of uncertainty and waiting for an asylum procedure. 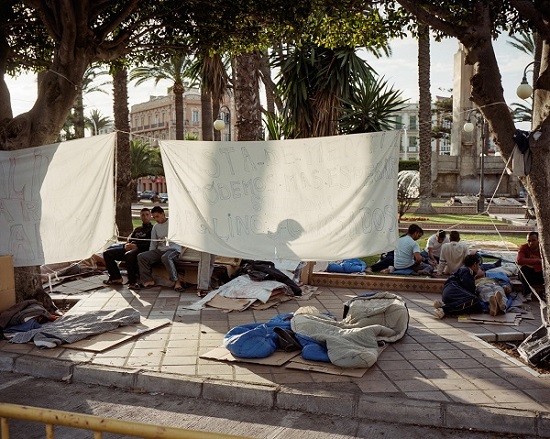 While in Tangier and Ceuta we learned much about the situation of migrants in Morocco and in the camps, in southern Spain we met a representative of the organization Andalucia ACOGE in order to get an idea of the work of NGOs in that area. Taking into account the findings from Tangier and Ceuta, during the meeting it became clear that migration policy and integration must interact, though they actually pursue partially contrary goals. Whereas European migration policy is interested in preventing migrants from entering the European Union, NGO’ such as Cruz Blanca in Ceuta and CEAIN in Andalucia fight for the migrants’ rights and a better integration. Accordingly, the representative of Andalucia ACOGE commented almost defiantly: “The others make policy, not us.” However, the Andalusian organization Andalucia ACOGE not only provides direct assistance to migrants, but also gives advice and specific recommendations on how to deal with migration issues in the media. By implementing these recommendations, the media aims to contribute to a more positive attitude towards immigrants and their integration in society. This way, they try to change the image of an invasion or danger and criminality that is often linked to immigration. It is important to see the cultural diversity of a region as an opportunity, rather than as a problem. Accordingly, the Mediterranean should not be seen as a natural boundary between the European and African continent – an alienation that is supported by the Euro-Mediterranean policy of the EU and the public perception of the area – but as a sphere of mutual enrichment. On the way from Morocco to Spain and back, we came to realize that, although the two countries differ economically and politically, taking into consideration history and culture they do have many things in common. Therefore, despite geographical and social boundaries, in many respects both countries can be perceived as one region and one culture.

The project gained considerable attention: In Tangier a daily newspaper reported on our activities, while in Ceuta the project group was accompanied by a Spanish journalist in order to write about our motives and impressions.

We would like to thank the German Academic Exchange Service and the Federal Ministry of Education and Research for the generous funding and the Friedrich Ebert Foundation in Morocco for their financial and the invaluable logistical support. Finally, we thank the German dialogue point of the Goethe Institutefor the great help in Tangier.”

Participants from the Students‘ Forum within the Tönissteiner Kreis:

Report “Migration at Europe’s southern border: Fortress Europe? The Sur-Place-Dialogue 2008 in Morocco and Spain” in German with pictures

Detailed Programme of the Report with information on meetings and organizations